**Note: This version of the Fiber Optic Chandelier has been re-purposed to be used in Version2**

The fiber optic chandelier was inspired by one that was for sale on Ebay.com. The asking price for this assembly was over $1000.00. On top of the extensive price the features were also very limited. After some time brainstorming a design was set in place to achieve the following goals.

.:Fiber Optic Filament:.
Before we go any further with the actual chandelier build we should go over the basics of the fiber optic filaments. The preferable filaments contain a PMMA core. These in particular offer the best total internal reflection. You will notice that the fiber optic filaments come in a few different sizes. Basically the larger the diameter of the filament the more light will be allowed to transfer through it. Keep in mind however that even the 0.5mm filaments used in the chandelier are a hassle to position properly. The 2mm filaments will transfer much more light but will have little to no flexibility. 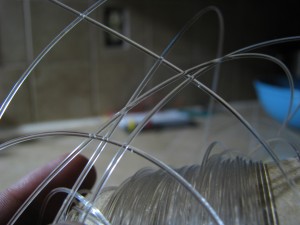 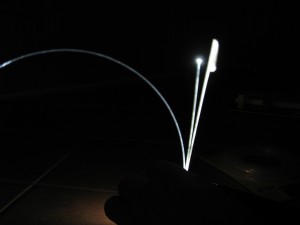 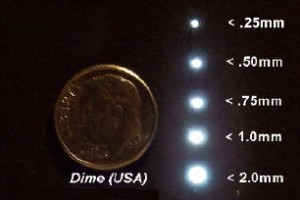 .:Light Source:.
The light source is the heart of your chandelier. There are several options in light sources all of which depend on your needs.For the purpose of this project we will be using a combination method with our own custom made driver. The Combination method uses Red , Green, and Blue LED’s. The color is changed by varying the intensity of each color using PWM  to simulate a change in the voltage. 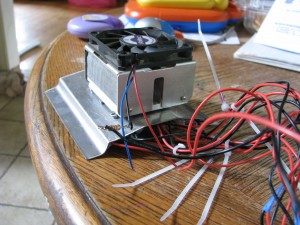 .:Diffusers:.
The diffuser can be created with anything that will disperse light throughout itself. Glass, Plastics, and crystal are just some of the materials that can be used. This particular project used clear marbles as the diffusers. They were cheap and accessible. However they also very difficult to work with due to their lack of weight combined with them being spherical and glass offered no good way for fastening the filaments. Version 2 write up will discuss a more  effective method of mass producing quality diffusers on the cheap. 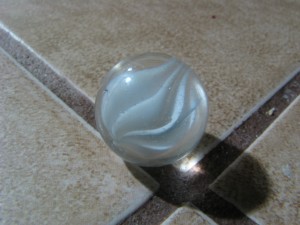 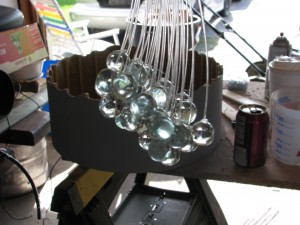 .:Structure:.
The enclosure for this project was not thought out very well. What was thought to provide  easy assembly turned into a disaster. The idea was to have multiple layers of Clear Acrylic that were used to keep the filaments even spaced. If execution was thought out a little more this could have worked much better than it did. The “base” unit which resides at the ceiling holds all of the
electronic parts. The filaments (with diffusers attached) are fished through the guide holes within the acrylic rings up to a center hole that leads into the “base”. The base for this project was made using fiberglass and acrylic. I do not recommend this. Even for the more experienced user this becomes a hassle.  For a better, more thought out design can be found on Version2. If you do plan on creating a multilevel chandelier I would suggest using a 1/16″ stainless steel woven cable with aluminum stops, versus the acrylic hanging wire which is seen on this prototype. 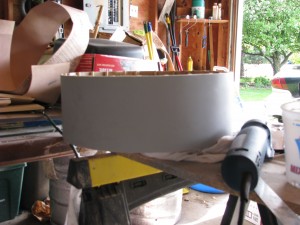 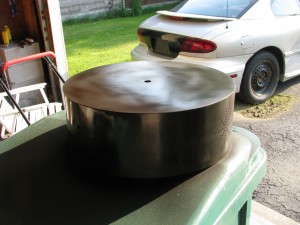 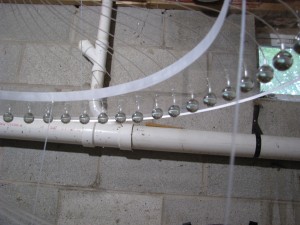 .:LED Driver and Wireless Control Board:.
For this particular project a custom board was created using the toner transfer method. The board design is fairly simple. The board receives commands from another custom made control board via a wireless connection established using Digi\’s Xbee modules. Once the commands are received from the controller an ATMEGA-328P is used to run the gate of a Mosfet with a PWM signal. This will allow you to vary the intensity of the LED’s.You can find the Eagle files and the code within the code-bank, as well as a more detailed explanation of each. 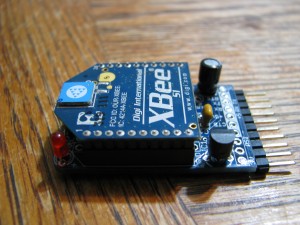 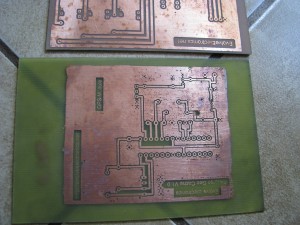 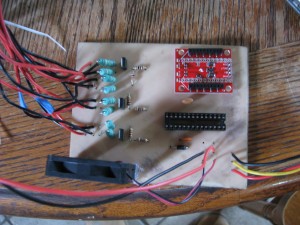 .:Controller Board:.
The controller board consists of an ATMEGA328p –overkill, and 3 sliding potentiometers. Each pot controls a different channel. One for Red, one for, green, and one for blue. The controller uses the same Xbee transceiver to broadcast the data packets.
Note* there may be an issue with the slider pot schematic and board design. It would seem that the sensitivity of the pot is limited to about 10% of its sliding distance. meaning, the lights do not fade gradually in relation to the pot, rather they turn on bright after a 1/2″ of sliding then only brighten slightly for the remaining distance. I am positive this is a wiring issue. 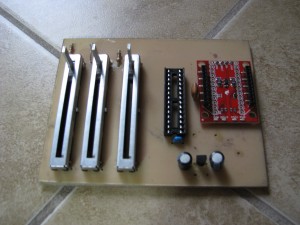 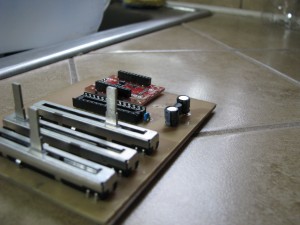 .:Finished Prototype:.
Below is a result of the finished prototype. The filaments were not positioned properly in the video. The original design had the diffusers suspended below the rings. Due to the lack of weight in the
diffusers they could not be placed in a way that made them visually pleasing. The video also shows some discoloration of the filaments when all LED’s are lit. This was resolved by adding mirrors that were sand blasted to diffuse the light and bounce it around before it entered the ends of the filaments. 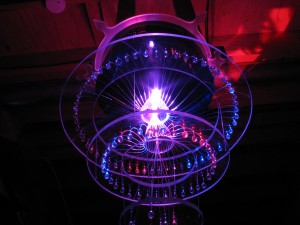 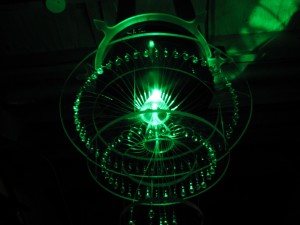 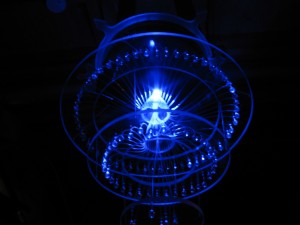 Inside Fiber Optic Chandelier Prototype from Apex Logic on Vimeo.